When September ends and summer is over, it's a good opportunity to take advantage of the shorter days and comfortably update to the latest RAUC version we have just released into the wild: v1.8

In times when saving energy is more important than ever, this RAUC release comes around the corner with a particularly economical feature that implements the next logical step after introducing the verity bundle format in v1.5 and HTTP(S) streaming support in v1.7: The ability to download only the necessary parts of a update bundle, with the newly introduced adaptive update mechanism that also serves as a base for various future enhancements in this direction.

Below you will find an excerpt of further improvements since RAUC v1.7. For a complete list, refer to the release notes

RAUC v1.8 introduces adaptive updates which allow saving download bandwidth by requesting only necessary parts of the update. They are RAUC's answer to the common request for delta updates but solve this a bit more flexible than conventional delta updates.

With RAUC v1.8, an initial adaptive update method, called block-hash-index, is implemented. It optimizes download size for block-based image updates for file systems that are aligned to 4k sectors (such as ext4 or erofs).

To enable this mode during bundle creation, configure in your manifest:

A more comprehensive overview of what adaptive updates are and what we can expect from them in the future will be in a separate blog post soon.

The Rockchip RK3568 ROM loader searches for a valid image at two (or more) fixed offsets on the boot medium by checking headers, checksums, etc.

The newly-introduced boot-raw-fallback slot type leverages this behavior to implement an atomic bootloader update mechanism similar to the ones already supported by RAUC (e.g. for eMMC boot partitions, GPT, or MBR).

While this was written with a specific ROM loader in mind, the approach can be used for all ROM loaders that behave similarly. Just let the region-start point to the first search offset and set region-size properly so that the second offset starts after the half of the region-size.

RAUC v1.8 adds support for specifying a data directory in the RAUC system.conf. The data directory must be located on a shared partition that is not overwritten during updates. It will serve as a general storage location for RAUC-related information and will be of more importance for new features. Currently, it is primarily used for storing the block hash indexes for the adaptive update method of the same name.

For new configurations, setting a data directory is recommended and (unless otherwise configured via statusfile=) is also used to store the central slot status file. See the documentation for details.

Some Words About casync and desync Support

Long before the introduction of built-in HTTP(S) streaming and adaptive updates, RAUC's support for the casync content chunking tool has been the only option to satisfy both the need for updating over network without significant intermediate storage and for reducing download bandwidth requirements by fetching only the required chunks of an image.

Although this has been working (except for some known limitations), there was a disclaimer in the RAUC documentation noting it was still 'experimental', mainly because there was hardly any coverage in the test suite. Another reason for keeping the disclaimer was that the original casync tool lacks some features that would make it more efficient and space-saving on embedded targets and that it was not so actively maintained for a while.

On the other hand, with desync, an extended casync reimplementation in Go and casync-nano, a C-based project which focused on the block-based chunking, two alternative implementations came up over the years that solved limitations casync had.

And finally, we also learned that Collabora chose RAUC together with desync as the A/B update solution for the Valve Steam Deck. Something where we do not want to hide that we've been very proud to see RAUC in such a popular product.

The adaptions in RAUC required to support desync were mainlined by Collabora and now finally made their way into this release.

We took this opportunity to finally write the missing test cases, merge some open casync-related fixes and to finally get rid of the 'experimental' note in the documentation.

However, this should not be seen as the great announcement and motivation to start with casync in RAUC. It is more the finalization of an open chapter.

The future for optimizing updates with respect to download size we clearly see in adaptive udpates. But nevertheless, the casync support and adaptive updates will co-exist for the next years since currently both will be used and still both have their advantages and disadvantages.

For a short summary about casync vs. adaptive updates, I have also added an extra section in the RAUC documentation.

There is More to Come

If you want to support the project, a good source for open issues is the [RFE] (request for enhancement) tag on the GitHub issues page. Some issues are additionally flagged with [help wanted] where we would like to encourage contributors to enhance and fix things in RAUC with more low-hanging fruits. 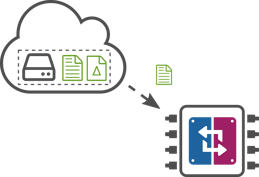 Enrico Jörns | 2022-10-12 | RAUC
Based on RAUC's HTTP(S) streaming capabilities, adaptive updates are a generic concept in RAUC to allow saving download bandwidth and form an alternative to conventional delta updates. This post introduces both the generic concept as well the first implemented method 'block-hash-index'.

Better late than never: Finally, here is our blog post for RAUC v1.7, which was released a month ago.